This is one of the branches of Domino's Pizza

Domino's Pizza is one of the largest pizza chains in the world, and this American fast food venture is now expanding quickly in Ho Chi Minh City. Domino's offer both thick and thin crust American style pizzas. A lot of their energy is focused on deliveries. 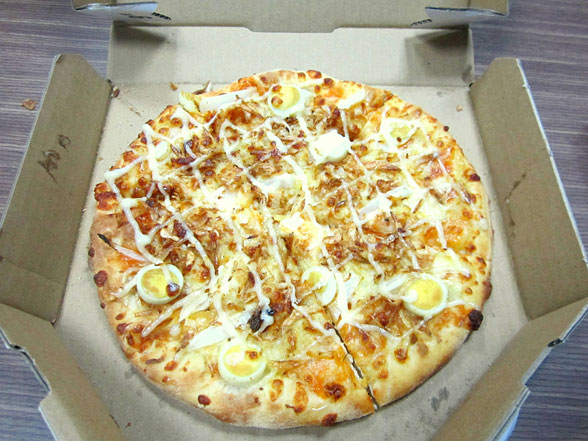 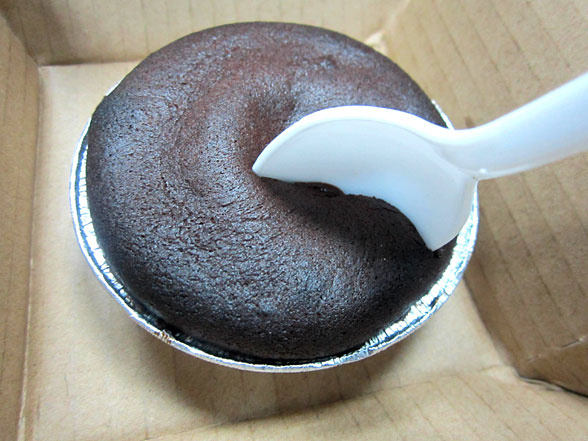 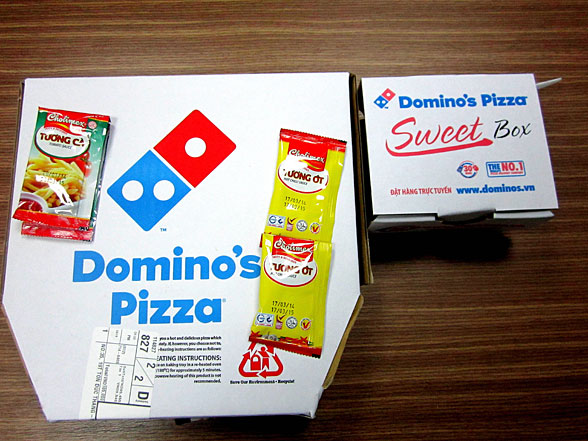 Everyone knows Dominos; most of them love it and I am one of them. Agreed, it’s not the best pizza in the world but it’s cheap, delivered in 30 minutes and easily ordered with a click on the Internet. Hands down, it’s the best way to binge when the craving hits you.

I have ordered from the Lê Thánh Tôn branch a number of times and have tried almost every flavor. They have a very user friendly and flawless site (in English) for ordering. Plus, there is an offer on every day of the week. Some days you get a free dessert or on some you even get a free pizza. So it is extremely light on your wallet too.

On a particularly late night at office recently, I ordered a new type of pizza from Dominos as I was in a mood for experimentation. It was called the “Vietnamese” pizza – with quail eggs and dried shrimp. As always it was delivered in less than 30 minutes and I got a free Choco Lava cake. Isn’t that the best? I sometimes feel like ordering their pizza just for the cake! The gooey chocolate inside the cake is excellent, especially when it’s hot.

The Vietnamese pizza was not bad but certainly not their best. The New York crust was excellent but I did not like the flavor of the dried shrimp. My personal favorites will forever be Veggie Mania, Super Supreme and Extra Vaganzza. So the next time you hear your stomach growling, order a Dominos pizza online and enjoy your meal delivered to you in less than 30 minutes. 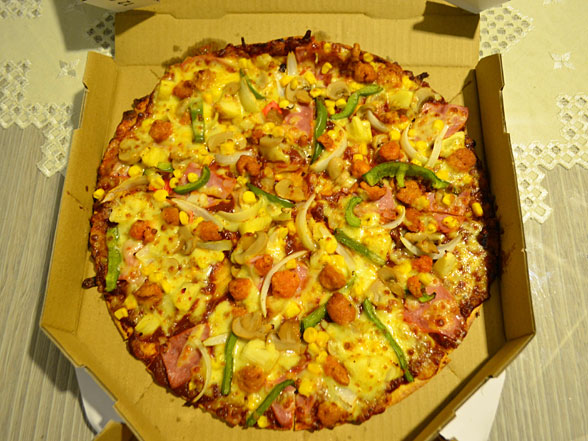 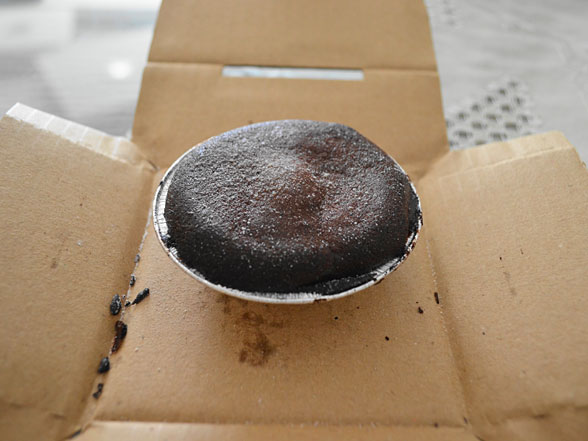 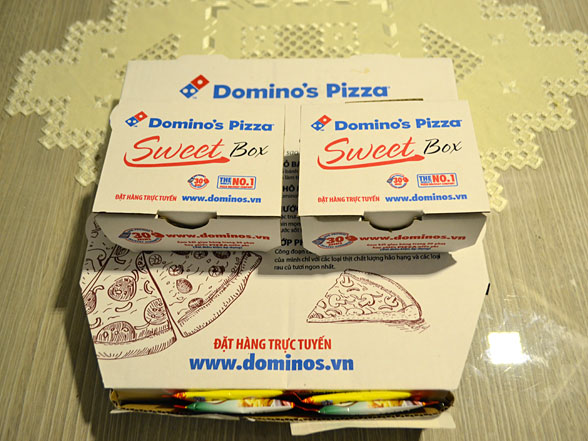 In other countries, Domino’s use the slogan ‘The Delivery Experts’ & it is a slogan that is certainly fitting for my experience. After painlessly placing my order, my delivery arrived no more than 20 minutes later. This, in addition to being given 2 free Lava cakes for ordering a large pizza, put me in a great frame of mind albeit rather hungry.

My thin crust super supreme was at the right temperature even after its 3km journey & it had not suffered in anyway on the back of the motorbike. However, taste wise it was not as good as I recall from other countries. The taste was actually rather bland, luckily my tobasco sauce added some depth of flavour to it. The thin crust is also too thin, Domino’s promote this crust by stating that you get more toppings as there is more area. This may well be true but I shall go for a thicker crust in future.

The Lava cake was sublime, rich, sweet, decadent & with a lovely gooey chocolate centre. The price for these is 40,000đ each which is fairly steep but they certainly are a fulfilling treat, possibly even more so when free!

So, I shall without a doubt order again but I will avoid the thin crust & the super supreme. The price of 200,000đ is fair but I think that with Domino’s it is wiser to go for a pizza that has a fewer number of toppings. The delivery, pleasant service & great lava cakes easily earn Domino’s four stars.