This is one of the branches of Ganesh

Ganesh is a small chain of authentic Indian restaurants. They serve true Indian cuisine with a long and varied menu. They are famous for their quality food and have become a popular choice among expats in Ho Chi Minh City. 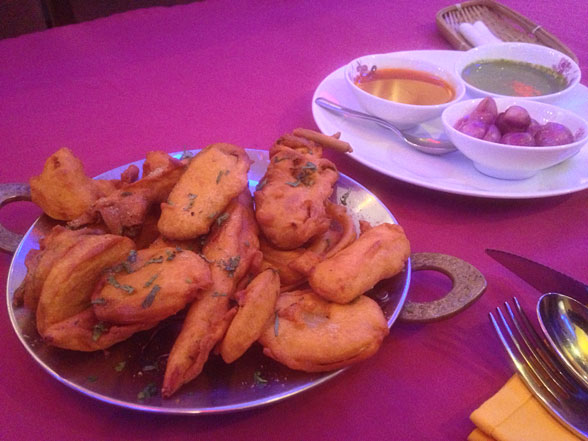 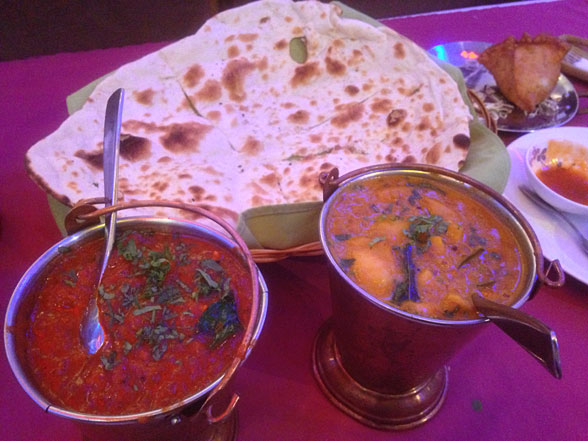 A taste of India

When it comes to what I miss from home, Indian food is usually high on the list. So, I was delighted when I discovered Ganesh, which serves high quality food at reasonable prices. There are a few branches throughout the city, and on this occasion I visited the restaurant on Hai Bà Trưng street.

Upon entering, you are greeted by a bas-relief of the eponymous deity. Subdued Indian music helps create the atmosphere of the sub-continent. Indian-style arches cross the room, from which photographs of Ghandi and Hồ Chí Minh beam down benevolently. We were seated promptly and handed the menu, which offers a wide variety of both Northern and Southern dishes. Delicious aromas drifted around the room, and inspired us to order a feast: lamb samosas and mixed pakora, followed by Fish Mango Curry and Chicken Vindaloo, accompanied by pulau rice and a large plain naan.

The pakora were well-made: a variety of vegetables and paneer cheese deep-fried in a pungent spicy batter, while the samosas were huge and tasty, although the lamb was used sparingly. The curries are served in bizarre tin buckets, but that doesn’t detract from their flavour. The Fish Mango Curry was mild, creamy and smooth, though not as good as the Goa fish curry we had tried on the previous visit. I was slightly apprehensive of the infamous Vindaloo, which is famed for its extreme heat. I had asked for the standard spiciness, so I was surprised to find the dish relatively mild. However, the tangy, not-so-spicy sauce was still delicious. I resolved to ask for maximum spiciness on my future visits, which I’m sure will be numerous and frequent, as Ganesh is one of the best examples of Indian food in the city.

By Ben Longworth from

Working in HCMC since 2011 as an Academic Manager. Favorite spots include Quán Bụi, Phở Hùng and Ganesh. 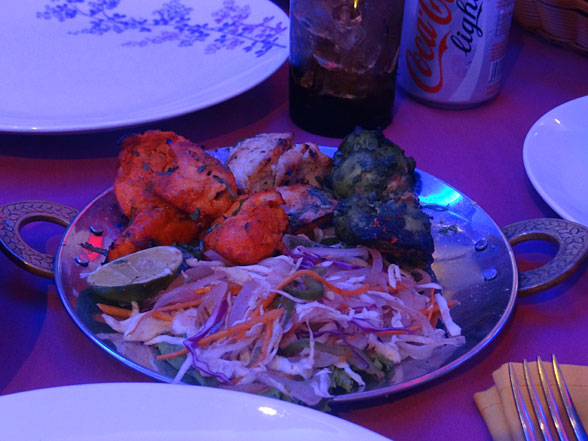 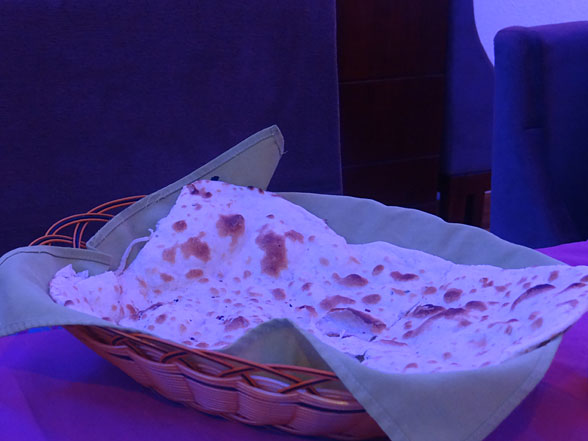 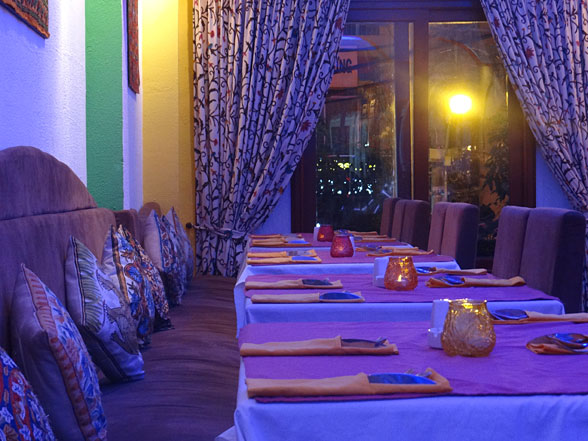 Back in France I was not that into Indian food, and I did not expect to change my mind here in Ho Chi Minh City, but thanks to Ganesh I did.This restaurant quickly became my favorite one in the city, and I have the feeling I will not get bored it, no matter how often I eat there.

As always the staff warmly welcomes us, and we take a sit on the endless bench running along the room. The first thing you can notice, except the tasteful decoration, is that the restaurant is full of ethnic Indian people eating there too; to me a good sign that the food really is authentic.

The menu covers a large variety of Indian food, with a huge selection of vegetarian food. We ordered a chicken tikka masala and a Ganesh tiranga kebab to which we added a naan (Indian bread) and some rice. Prepare yourself because the food comes in very generous portions. However no need to be starving to finish. Trust me; it is so delicious you will not have the heart to let even a bit of it out of your mouth. The dishes are wonderfully spiced, a true pleasure for the senses. We paid 200.000đ each for both dishes coming with drinks, which is a totally fair price you will be glad to spend.

As you may have already figured out, I warmly recommend this place, for any occasion. A must try for Indian food lovers, and the greedy hidden inside you.