This is one of the branches of Co.opMart

Co.opMart is by far the largest supermarket chain in Vietnam. Headquartered in Ho Chi Minh City they have an always increasing amount of branches around the city. Co.opMart is also known as Saigon Co.op, Coop Mart and Co-op Mart. 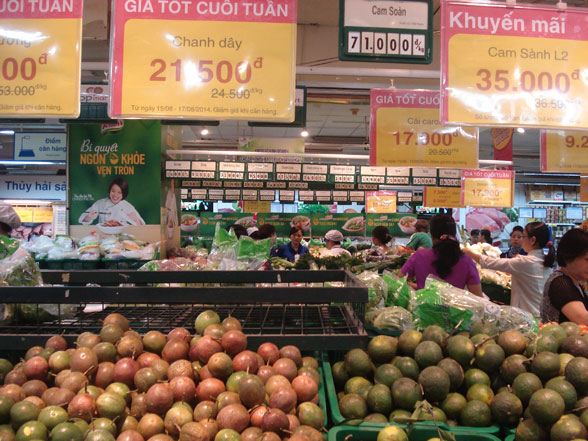 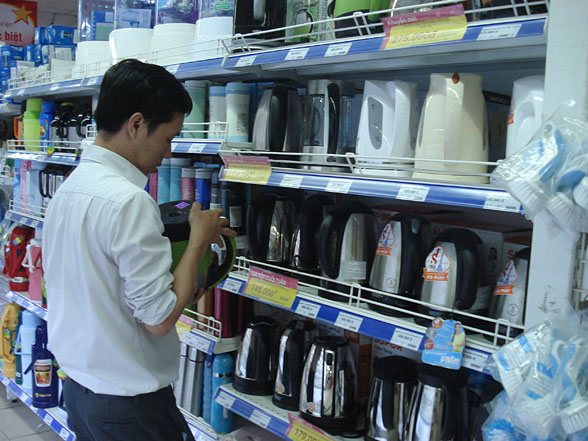 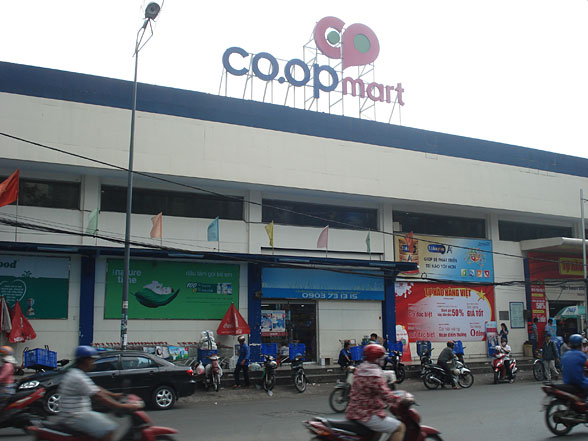 A bland place selling everything

Walking into Co.op Mart is a very strange experience. It’s a huge, airy, characterless echo chamber, slightly dirty and without much decoration. ‘Background’ music plays too loudly, and there’s often an odd, unidentifiable, mildly unpleasant smell that follows you around the entire building.

You also get the feeling that nobody in Co.op Mart really wants to be there. It’s rare to see any smiling and happy faces – most people look like more of their personality is being sucked away from them with every minute they remain in the building.

But, despite Co.op Mart being an unhappy place that nobody enjoys being in, you can buy everything there, and it’s this that keeps bringing people back. Food, clothes, kitchenware, deodorant – you name it, they’ve probably got it. Although it does mean selling your soul, because you won’t be supporting fun and full-of-character local traders. Instead, you’ll be contributing to the destruction of, not just that enjoyable experience, but also the very livelihoods of those local traders.

There’s also a food hall, serving various dishes that are about as exciting and appealing as the rest of the place. If you really want to sell your soul and clog your arteries, some branches of Co.op Mart also have a Lotteria.