This is one of the branches of Thế Giới Di Động 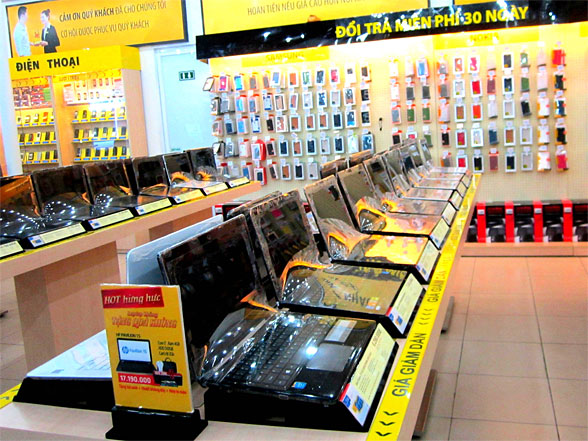 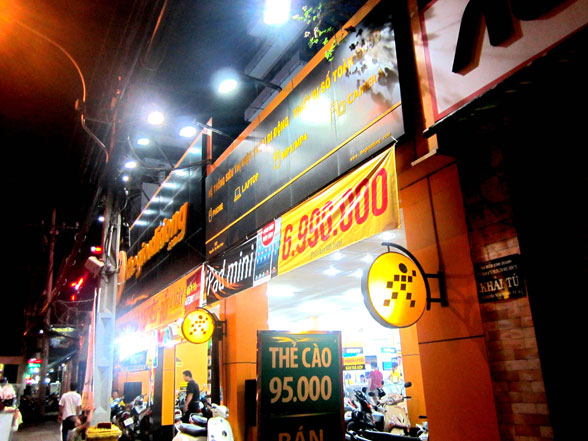 On my recent hunt for the perfect replacement for my lost iPhone, I visited Thế Giới Di Động on Trần Quang Khải street in D.1, hoping to get more choices than the regular set of mobile phones that I saw in other shops. And I was disappointed. They did have all popular models and prices were quite moderate as well, but there was not much choice other than Samsung, some HTC and Nokia models. Motorola and LG Nexus phones seem to be exlusive in Vietnam.

I was not happy with their service too. First of all, I was reprimanded for taking pictures inside the store. When I tried to explain that it is for an online review website, they either didn’t understand or didn’t care. Luckily I had already taken a few pictures by then, so I just agreed to them and started looking at the display. The shop was quite small for my tastes and not many phones were kept on display outside. So I ended up looking at phones inside glass displays and not understanding how one is different from the other. The small clarifications that I wanted from the team regarding VAT were also not understood because of the language barrier.

In the end, I was only left with a sense of disappointment and awkwardness. I am assuming that the branch in D.1 is smaller than most of their branches in other districts. But if the service had been a little better, with more smiles and an attempt to understand, I would have been prompted to check out their other stores. But, now I will not risk it.