Zen Plaza is a shopping mall located on Ho Chi Minh City's main street for fashion shopping, Nguyễn Trãi. This shopping mall with its distinct checkered exterior is widely popular for its many Vietnamese designers, but nowadays you will also find many international brands here. 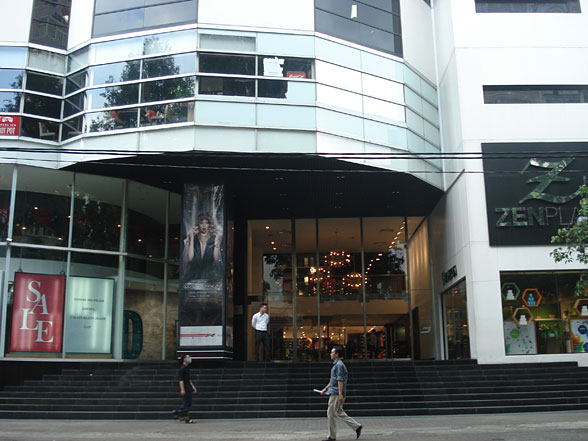 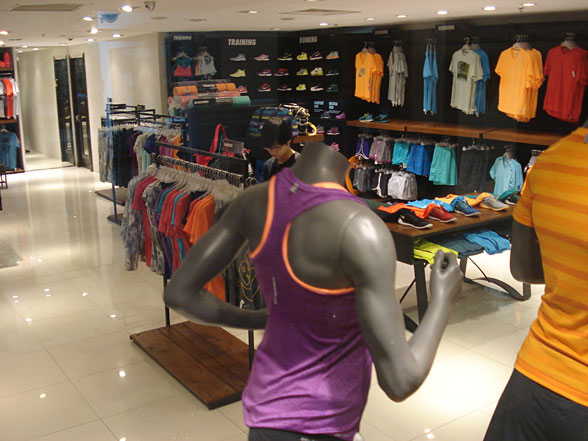 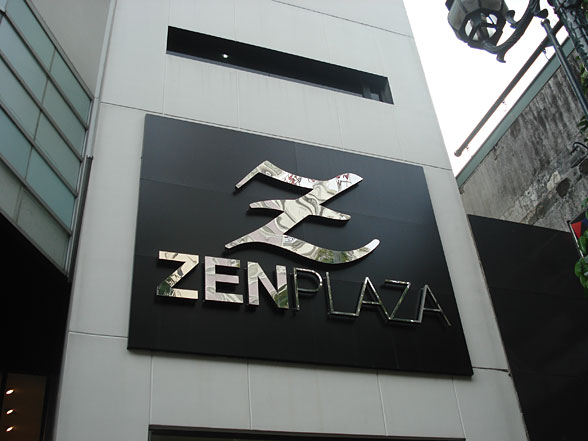 The oddest place on Nguyễn Trãi

Walking into Zen Plaza is a very bizarre experience. From the outside, the building just looks like it houses the offices of innumerable boring businesses. Which, as it turns out, is exactly what it does house. Although the bottom couple of floors make some sort of claim to be a shopping mall.

And it’s a claim which the place doesn’t manage to pull off. The first thing I noticed was a sign pointing to the basement. So, like Alice going down the rabbit hole, I went down there. But it certainly didn’t lead to a Wonderland – just a grubby basement and a small Family Mart.

Back upstairs I went. I found some half empty clothes shops. A floor or two more followed, and each had a couple more ghost stores and customer-less restaurants. Then I realised that members of the public can’t go any higher, because that’s when the offices start. So I went back downstairs. And left the warped Wonderland.Which was a relief.

Taking decent photographs was also a challenge here, because there’s so little there. Nguyễn Trãi contains a lot of interesting little stores worth exploring. Zen Plaza, however, isn’t one of them. It’s odd, but not in a good way.